Warning: There will be swearing and spoilers abound... and discussion of gaslighting. 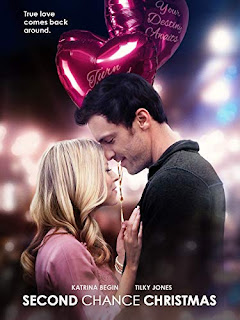 Workaholic Caroline is in a strained marriage to Jack (an illustrator). On the day she's going to file divorce papers, she's hit by a car and gets amnesia. Jack sees a second chance and tries to win her back. Can he?
I absolutely hate this movie.

Everything starts out rosy for Jack and Caroline, but after a few years he refuses to talk about his problems (though she tries to communicate multiple times), and she throws herself into her work. She blows off family events and gets irritated with loved ones. He's a slob who takes care of nothing.

When Caroline gets amnesia, Caroline's mother and Jack begin lying to her. They tell her she doesn't have a job... much less a company. They don't mention the divorce. They say it's under the pretense of not giving her too much stress, but what they really want is the "old" Caroline back. She used to be fun and have time for friends... she could do that again! Though a few other people dislike the idea (like her father and the couple's friends), no one but her assistant tells her the truth.

Every time Caroline says she feels like she would do or think something. Jack or her mother tell her the opposite (paraphrased):

"Why is the dog ungroomed and undisciplined?"
"You think dogs should be dogs."
"Do we have a cleaning lady? The house is a mess."
"We like it messy."
"But my room is orderly. I have monogrammed pajamas."
"Those were a gift."

It goes beyond lying. When she gets a glimpse of her old self, she's gaslighted into submission. I understand not enjoying who a loved one has turned into, but you don't use an illness to fuck with someone's head. They could've staged a meeting well before this. (One of the reasons Caroline's mother gives for lying is that she wants grandchildren.)

Jack takes full advantage of Caroline's "new" self. He lives in absolute filth with her, plays video games, goes out to trivia as a couple, and all the stuff he missed from their first year together. Essentially, he's trying to change her. He has no interest in changing for her.

When she tells her friend she wants to leave him later in the movie because he cares for nothing he values, her father asks him, "How many more second chances do you think you'll get?" to which Jack replies, "I don't know, maybe two or three". He's serious when he says this! He thinks he can keep ignoring her and being a pig and she'll just let him do whatever.

He eventually cleans up the house, makes dinner, and attempts to romance her. It's successful... until she finds the divorce papers.

Jack finally opens up about why he'd let her nitpick the little things he did and stonewall her: He had writer's block and his career hit a rough patch. Since Caroline is so successful at her business (which could've went under due to his dishonesty), he was resentful. Such an amazing partner! Lying, manipulating, jealous... what a fucking dreamboat!

Caroline gets her memories back and stops Jack in the nick of time from finally filing the divorce papers. She remembers being in love! She's sorry about everything; not that she doesn't have anything to be sorry for, but still...

They renew their vows. Jack has a new series of books based on her amnesia (because why shouldn't the asshole profit from it?). She spends more time with loved ones. It's a happily ever after!

I suppose the lack of cleaning and sleeping late were supposed to be signs of Jack's depression, but I didn't see it that way. It didn't sound like a new development.

The movie wants you to not see this as gaslighting because Caroline was a workaholic harpy. They don't portray her in the "before" long enough to think the manipulation is justified... at all.
at Friday, December 18, 2020