A Garfield Christmas Special: Pick of the Litter

I'm halfway through the twelve reviews as I write this, but you'll probably be seeing it on day four. I've watched a lot of bland stuff (like Christmas Catch), horrible stuff (Elfette Saves Christmas), and enraging stuff (Second Chance Christmas). There are more movies I've seen than you'll hear about. I need something a bit different... you might, too. 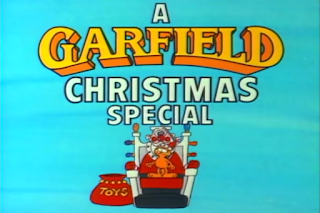 Garfield (a fat, sarcastic cat) goes with his owner Jon and the family dog to the farm for Christmas.

Garfield remains one of my favorite Christmas specials. The plot sounds basic at first blush, but the execution is killer.

The voice acting and writing of many of the characters is superb. Garfield's sarcasm gives way to tenderness. Grandma's gruffness hides her loving, romantic side. You can be laughing at a sight gag and five minutes later tearing up over grandma's monologue. The family feels messy and close all at the same time. 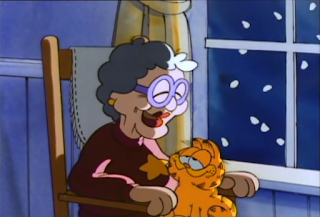 There are a number of original songs that complement the action on the screen well. None feel too distracting, but a couple are quite memorable. The three Garfield holiday specials all have exclusive songs, but this one has some of the best.

The animation is serviceable, but it's one of the weaker points. There are inconsistencies (like an ornament changing colors or a gift moving from the middle of the tree to the side and back). Jim Davis has a very distinct art style some folks don't like, but I think it's in service to originality and not against.

This rates well above A Charlie Brown Christmas in my household, though we also like that one. It's a shame you can't watch this on television anymore, but the Internet can be an amazing place where official uploads can bring you all kinds of goodies... including this one. 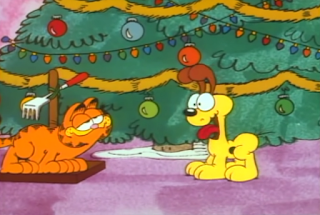 End note on another special: Garfield's Thanksgiving is the best Thanksgiving special ever made... bar none!
at Thursday, December 17, 2020