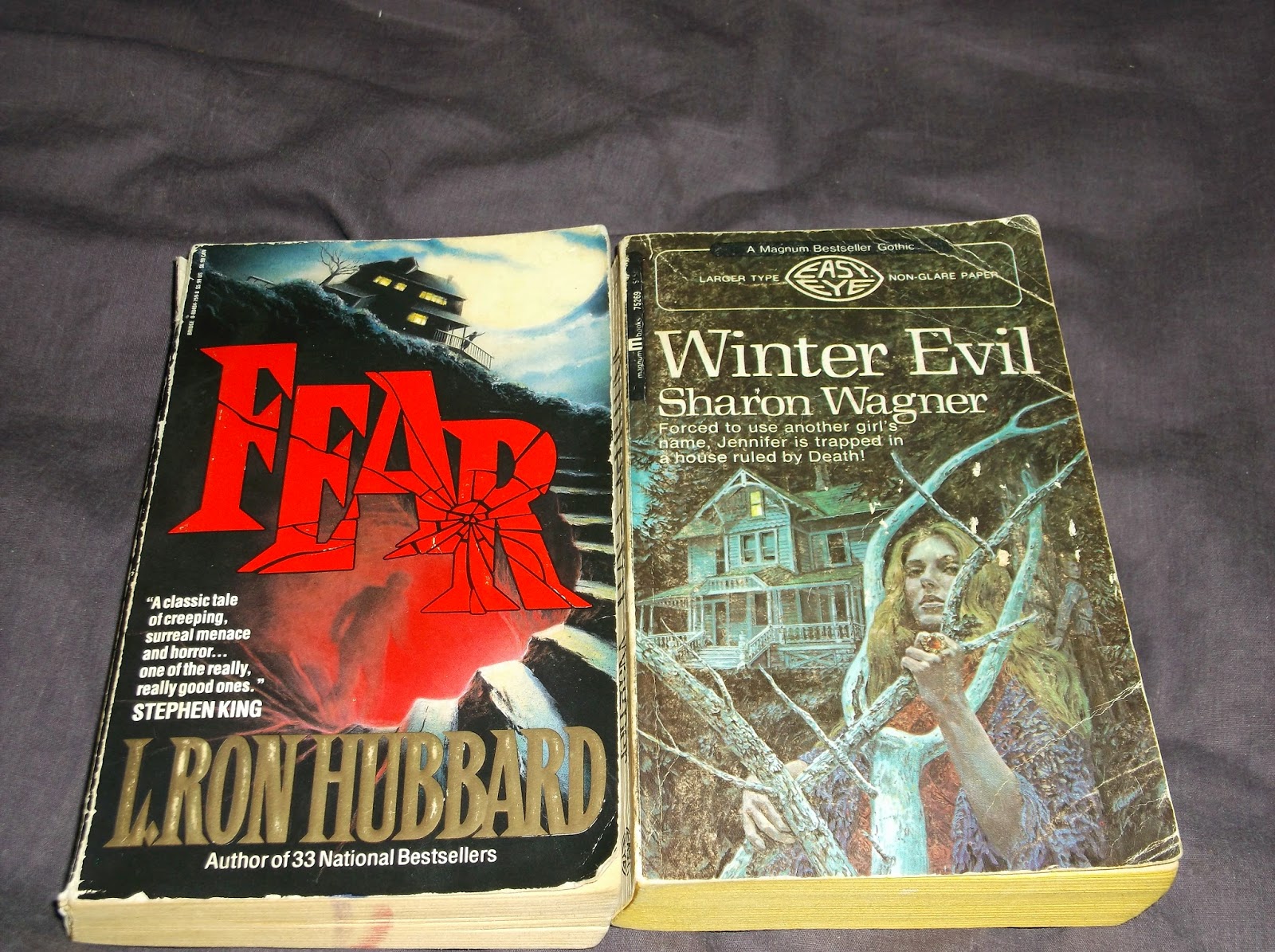 A professor loses his job, his hat, and four hours of his life all in one day.
This was a fairly short read but, even for that, I just couldn't care about the protagonist.  He goes through some terrifying things attempting to crush you the same way they crush him but it just doesn't work.  The " twist" ending was one of the biggest clichés in horror.

A woman, while swapping places with her best friend, is kidnapped and brought to a creepy mansion where dark family secrets are waiting to come to light.
The characters are fairly interesting but fall into "mysterious" or "pathetic" categories with little between save for bitter.  This is a typical gothic novel so there is a bit of darker, unexplained magic that flits around.  The ending was satisfying enough. 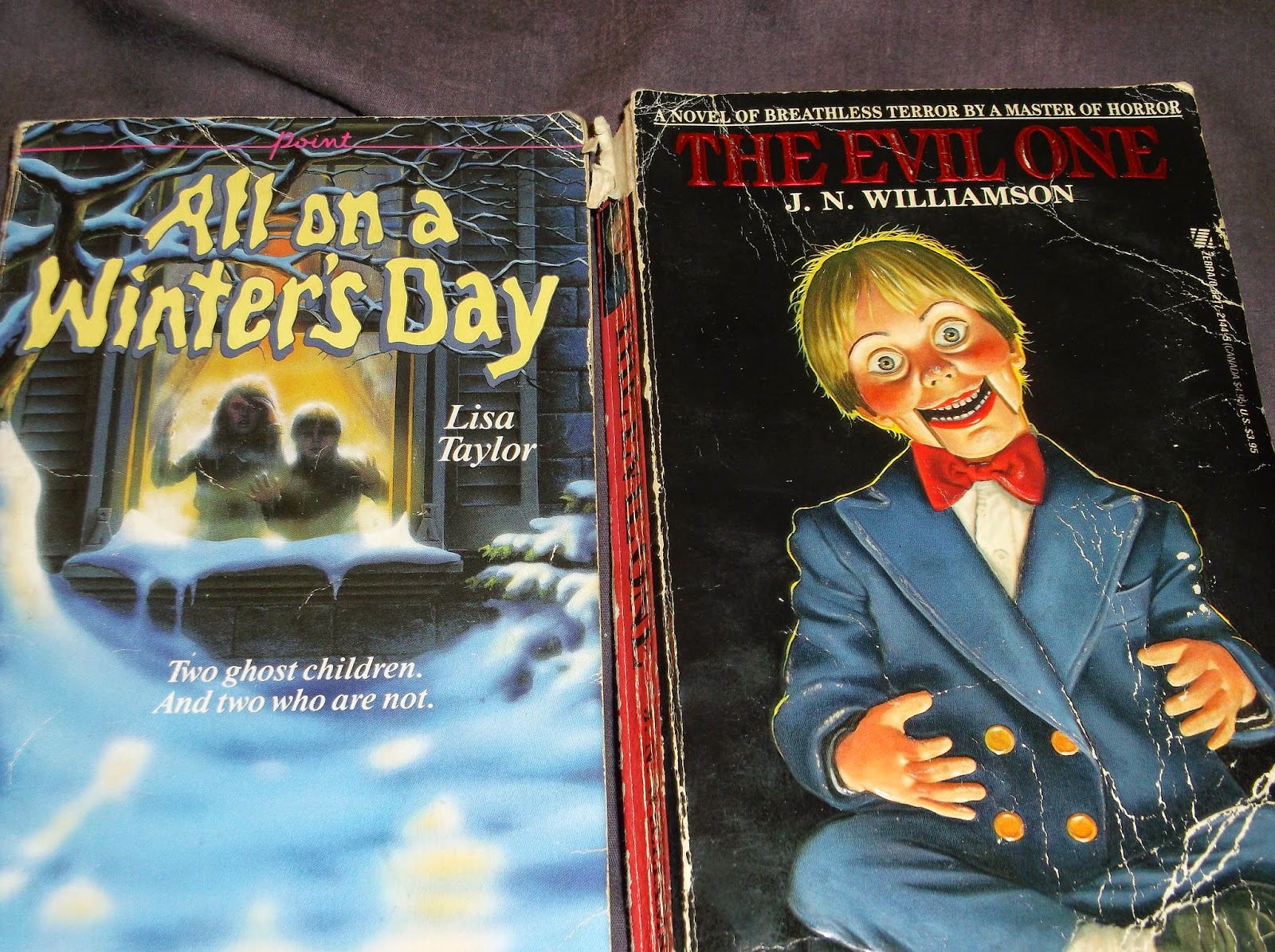 All on a Winter's Day by:  Lisa Taylor

Two children awake to find three ghosts (two other children and their evil aunt) have moved in.
Going to say this first:  The twist was another huge cliché but the author was kind enough to leave more than enough clues.  You really do feel for both sets of children, ghosts and not, and what they go through.  Really good action, interesting setting, and cool climax.

An elderly psychotic psychic and her cousin's gifted teenage daughter face off for the lives of the people in their town.
Good creep factor on this novel with scary moments and decent characters.  I would recommend this without hesitation to horror fans except for the amount of (what I would consider) sexually disturbing content that includes a letch trying to molest/rape our fourteen-year-old protagonist.  The ending was also excellent and hinted at more scares to come (maybe).

Verdict:  Read it (if you like horror and can get through tough scenes)