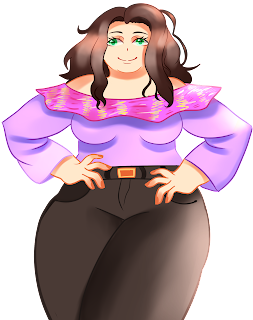 I tend to dread each new year. What French hell will befall us next?

My brother died of an illness at age 40 on December 1st. This February will be the two-year anniversary of our mother's death. I haven't had a relatively calm year since approximately 2015 (and that's the one where an ex-relative of mine threatened to sue me so I'd give up my inheritance).

My health is still marching downhill, regardless of the changes I make. I'm on another medication for another thing I thought I could fix on my own. At least I continue to be in remission.

I've started streaming video games and other content on Twitch and YouTube under an alias. I quite enjoy it and have made a couple friends. The reason I don't tell people about it is because I swear a lot; I feel free doing it in a way I'm not on this blog.

Husband and I are on 15 years of marriage. He's one of the few bright spots.

On the professional side, I received 56 rejections and eight acceptances. Two of my poems were finalists in some cool contests. I started posting on my YouTube channel more because I have an avatar. My literary collection can't even get a personalized rejection; there is (again) no place to submit my horror collection.

How did last year look for all of you?